Your cart is currently empty.

Labor Day, What A Joke Of A Holiday How This Started For The Working Man

Beginning in the late 19th century, as the trade union and labor movements grew, different groups of trade unionists chose a variety of days on which to celebrate labor. In the United States, a September holiday called Labor Day was first proposed in the early 1880s. Alternate stories of the event's origination exist.

According to one early history of Labor Day, the event originated in connection with a General Assembly of the Knights of Labor convened in New York City in September 1882. In connection with this clandestine Knights assembly, a public parade of various labor organizations was held on September 5 under the auspices of the Central Labor Union (CLU) of New York. Secretary of the CLU Matthew Maguire is credited for first proposing that a national Labor Day holiday subsequently be held on the first Monday of each September in the aftermath of this successful public demonstration. 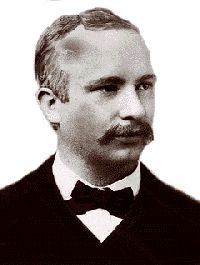 P. J. McGuire, Vice President of the American Federation of Labor, is frequently credited as the father of Labor Day in the United States.

An alternative thesis maintains that the idea of Labor Day was the brainchild of Peter J. McGuire, a vice president of the American Federation of Labor, who put forward the initial proposal in the spring of 1882. According to McGuire, on May 8, 1882, he made a proposition to the fledgling Central Labor Union in New York City that a day be set aside for a "general holiday for the laboring classes". According to McGuire he further recommended that the event should begin with a street parade as a public demonstration of organized labor's solidarity and strength, with the march followed by a picnic, to which participating local unions could sell tickets as a fundraiser. According to McGuire he suggested the first Monday in September as an ideal date for such a public celebration, owing to optimum weather and the date's place on the calendar, sitting midway between the Fourth of July and Thanksgiving public holidays.

Well here at Vinyl Cat Fencing our labor practices are nothing like the past of ball busting, skull breaking but rather get the job done and have cold one after.